VIHippieChick is simply a girl and her blog. It started in December 2002 and has transitioned through many blogging platforms and looks. The name was a “tongue in cheek” joke. VI is short for Vancouver Island. It is where Amanda Jennifer landed after a series of unfortunate events. The truth is, Amanda Jennifer is from Alberta. While to Albertans Amanda Jennifer was considered a “hippie chick”, on Vancouver Island she had a lot to learn. All that said, Vancouver Island has become home and her hippy ways have llevelledup significantly.

The Many Hats of VIHippieChick

Blogger – Amanda Jennifer loves to write. It is one of her many passions and the one she is best known for. Blogging is only a sampling of her styles of writing. She also enjoys writing short stories and poetry.

Mom – Just as this website has evolved, so has Amanda Jennifer. In 2008 she transitioned from “just a girl” to “Mommy”. B came on the scene and the world forever changed for the better.

Homeschool – If being a mom wasn’t enough, Amanda Jennifer is the principal, teacher and head janitor at BC Beach Bum Homeschool. Not because she’s against public school but because she recognized that there were certain challenges that B was facing that would be best addressed at home.

Mental Health Advocate – Bipolar Disorder, PTSD and anxiety are some of the diagnoses that Amanda Jennifer has. The trials and triumphs are what drives her desire to work towards ending stigma, be honest about life with mental illness and help others who struggle.

Yoga Instructor – Amanda Jennifer is a certified yoga instructor. Currently she does not teach due to an old shoulder injury from her BMX days. Yoga has been apart of her life since she was diagnosed with Fibromyalgia in her early twenties. 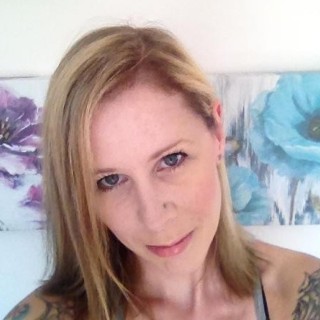